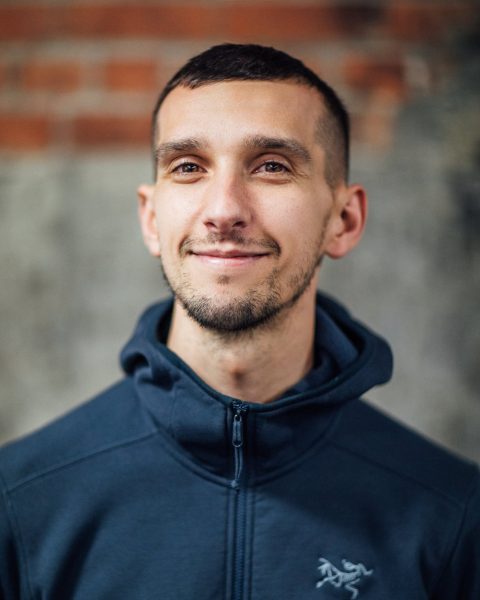 Chad grew up in South Glens Falls, NY. After graduating from SUNY Albany, he traveled to Maryland to study acupuncture and oriental medicine. While there, he began bouldering indoors and outdoors, developing a fast affinity for climbing.  After graduating with his Masters of Acupuncture and Oriental medicine, he moved back to upstate NY and embarked on his career in the climbing gym industry. Chad is actively working to build the local climbing community here in Syracuse by offering both members and guests a premier climbing experience. Along with managing the gym day to day, he partakes in setting the occasional boulder problem. Outside of work, Chad enjoys walking, hiking, and bouldering with his English Staffordshire Bull Terrier, Raven. 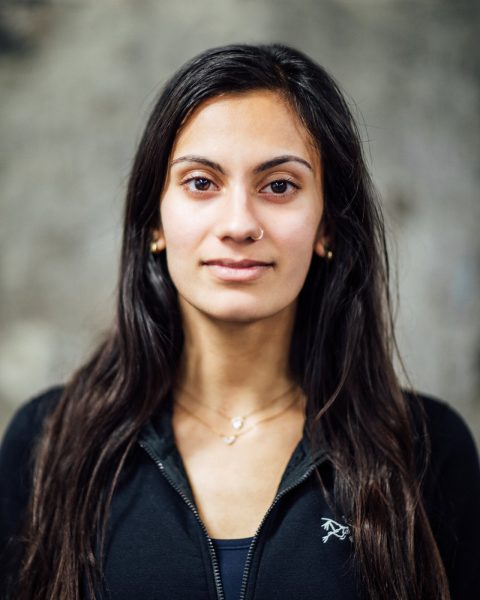 Chandra was born and raised in Baldwinsville, just outside Syracuse, NY. She graduated from Binghamton University with bachelors’ degrees in Political Science and English Literature. Chandra found rock climbing while searching for a new hobby and quickly fell in love with the sport. She attended graduate school before accepting a full time position at Central Rock Gym Syracuse. Chandra is excited to bring climbing to Central New York, and looks forward to the gym becoming a staple in the Syracuse community. In her free time, she enjoys gardening, re-reading her favorite novels, and spending time with her Abyssinian cat, Moxa. 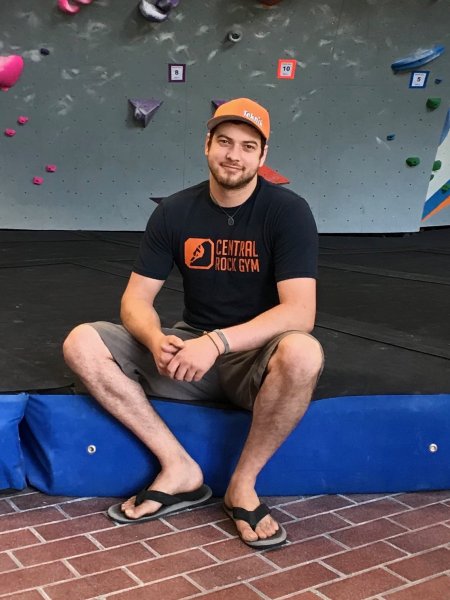 Evan Race started climbing at the age of 2. His mother ran a small gym in his hometown of Albany, New York. He’s lived throughout the northeast, including Buffalo, Boston, Worcester, and now Syracuse. Evan has been setting professionally for twelve years and has been a head setter for ten. This picture captures Evan at his happiest, when he’s around climbing holds. He also enjoys his cats, gaming, snowboarding, and all the comforts of home. 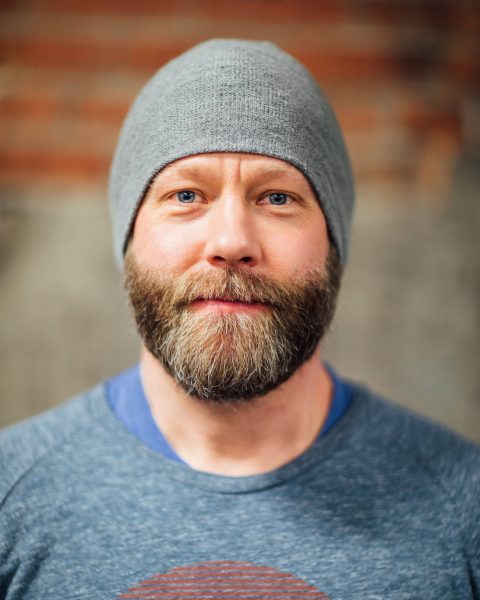 Greg Sommer has lived in the Syracuse area for over 15 years. He is a NYS certified teacher with over 20 years of experience working in both the private and public school sectors. He has also worked as an instructor and director in summer camp settings, playing, exploring, learning, and creating alongside all ages. Greg is passionate about getting humans excited about developing and sustaining healthy bodies, minds and hearts through natural learning and fitness experiences. The old hemlock and maple trees that surrounded his childhood home beckoned him at a young age, which led to feeding his innate love for nature and a reverence of climbing. It was later in life that he got into bouldering after building a climbing wall in a classroom for his students to engage in more kinesthetic learning. When he saw how much it impacted his students, he started an after school youth bouldering club and he’s been set on wanting to get kids climbing and moving ever since. Greg, along with his wife, a middle school English teacher, is busy raising two teenage sons and a younger daughter. Outside work, he can be found mountain biking sweet singletrack, on some outdoor family adventure. 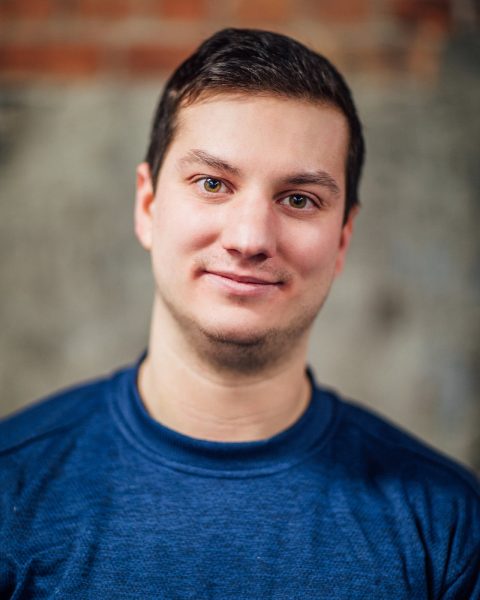 Originally from Rochester, NY, Brian is a lover of white hot dogs, garbage plates, and craft beer (but also Genny). As a self-proclaimed lover of gravity sports, climbing was a bit of a switch for Brian. He is an avid mountain biker, skier, and professional whitewater kayaking instructor. In addition to his active interests, he enjoys traveling, film production, farming, and carpentry. If you see him in the gym, he may be doing any number of things- from painting, to repairs and construction, and sending the occasional stout V2. If you see him don’t be shy- if you’re lucky, he’ll tell you a good story.

We will be closed in observance of the following holidays: